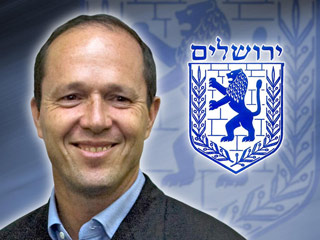 Thanks to last minute lack of support of two Chassidic groups for the frum challenger, Yerushalayim will remain under the mayoralty of a secular mayor.

Yerushalayim Mayor Nir Barkat has beaten Moshe Leon, who conceded a short while ago.

The secular mayor won a second term in a hard-fought campaign. With 70 percent of the vote counted, Barkat held a commanding lead of 55 percent to 42 percent.

Barkat, a successful former high-tech entrepreneur, was first elected in 2008.

Leon, a former director of the prime minister’s office who until recently lived in Givatayim, was backed by Yisrael Beiteinu chairman Avigdor Lieberman and Shas chairman Aryeh Deri.

Low turnout was thought to favor the religious Leon, as just 36 percent of Yerushalmim voted, compared to a 43 percent turnout nationwide, but in the end, the lack of support of Belz and Ger did him in. Leon was relying on mass support from the chareidi sector, but on Monday, Belz said it would not back Lion, and Deri’s attempt to meet with the Belzer Rebbe was rejected. Ger was also not officially backing Leon, and the Gerer Rebbe said his Chassidim were free to vote as they wish.

Yerushalayim, Israel’s largest city, with 800,000 residents, will thus remain under the direction of Barkat.