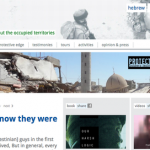 A report issued this week by the Zionist group Im Tirtzu highlights the activity of what it calls perceived “leftist” or “human rights” groups that are “extensively funded by foreign governments, and operating from within against Israeli society, against IDF soldiers and against Israel’s ability to defend itself in the war on terror.”

The report is titled “Shtulim 2015,” a reference to the foreign bodies “planting” representatives in Israeli organizations. The organizations labeled as “plants” by Im Tirtzu are Breaking the Silence, which publicizes former IDF soldiers’ criticisms of the Israeli military; B’Tselem—a human rights organization that focuses on the rights of Palestinians; Adalah—the Legal Center for Arab Minority Rights in Israel; Yesh Din—a volunteer organization working to defend the human rights of the Palestinian civilian population; and others.

According to Im Tirtzu, the common denominator between all these groups, aside from being funded by foreign bodies, is the “public relations and financial support they receive from the American organization the New Israel Fund.”

Im Tirtzu claims that this year, Breaking the Silence publicized 57 negative testimonies against IDF soldiers and held at least nine events around the world in which it charged Israeli soldiers with committing war crimes.

According to the report, the Palestinian fund Human Rights and International Humanitarian Law Secretariat, based in Ramallah, admitted in a 2015 report to having paid Breaking the Silence to provide negative testimonies about the IDF. But Breaking the Silence’s official donor list, signed by an accountant and the New Israel Fund, makes no mention of the secretariat.

Im Tirtzu further claims that the secretariat reported funding a lobbyist working for B’Tselem in the Knesset. According to the report, the secretariat is expected to provide 10 million shekels in funding to Israeli organizations in 2016.

It asserts further that Adalah, together with the Association for Civil Rights in Israel (ACRI), provided a legal defense for two terrorists who stabbed Israelis in Jerusalem. According to the report, ACRI has been operating for years to reinstate academic programs for terrorists jailed in Israel.

Im Tirtzu says that “this report is the most damning report to be issued against Israeli organizations. It turns out that while we combat terrorism, the shtulim (plants) are fighting against us. We will urgently consider our next step in an effort to eradicate this phenomenon.”

This week, the group will launch its campaign against 20 Israeli organizations under the slogan “shtulim.”

Dr. Ronen Shoval, Chairman of the Academic Council for National Policy and co-founder of Im Tirtzu, has called on the prime minister to outlaw Breaking the Silence in the same way the government recently outlawed the Northern Branch of the Islamic Movement in Israel for incitement to violence.

“The organization Breaking the Silence has been operating in the public sphere in Israel and abroad for years, disgracing IDF soldiers and delegitimizing Israel in various international arenas,” Shoval wrote.

Israeli Defense Minister Moshe Ya’alon wrote on his Facebook page Sunday that he has banned the members of Breaking the Silence from participating in any IDF-related activity.

“If Breaking the Silence was really concerned about our morality, the way we work hard and make sure our moral values are upheld, they would approach the IDF directly instead of shaming our soldiers abroad. In the past, there were efforts to investigate events and incidents alleged by Breaking the Silence people but nothing was ever found,” wrote Ya’alon.

A number of left-wing organizations, including Breaking the Silence, rejected the Im Tirtzu report and questioned the group’s legitimacy in criticizing funding sources.

B’Tselem issued a statement saying, “We are proud of the funding we receive, and we will continue documenting and exposing the misdeeds of the occupation, no matter how much Im Tirtzu objects. Im Tirtzu itself conceals the identity of some of its donors, and it is the last institution that can preach to us about transparency. Im Tirtzu recycles its own lies.”

Breaking the Silence said that “the recycled claims made by Im Tirtzu—a rightist movement with fascist characteristics—have no connection with reality. Breaking the Silence is fully transparent and proud of its donors. We will continue breaking the silence until the end of the occupation and for the sake of a better future for the state of Israel.”

Yesh Din said that “Im Tirtzu, a movement that the courts ruled has ‘fascist characteristics,’ continues to recycle its claims as part of a demonization and delegitimization campaign against human rights organizations in Israel. We work to combat the ongoing and institutionalized violation of the rights of Palestinians and to challenge the government in general. Instead of resolving the problems raised by the groups on this imaginary list of enemies, [Im Tirtzu] tries to discredit them by disseminating false and misleading information and calling us names meant to intimidate the public, despite having no root in reality.”