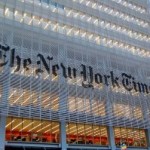 Arutz Sheva reports: A front-page story in Friday’s New York Times reported that an Israeli-honored Righteous Gentile had returned his award because of an Israeli airstrike that “flattened a house in the Gaza Strip, killing six of [his] relatives by marriage.”

The Times quoted a surviving relative saying that “none of his family members were militants.” The tone of the report was that though Israel “says” it takes precautions to avoid killing civilians, “it has offered no information on [justification for the] strike that killed six civilians.”

However, research by blogger Elder of Ziyon suggests that the newspaper could have, it if wished to, found out that in fact, one of the people killed in the attack was a full-fledged Hamas terrorist – a valid military target by all accounts.

In its review of the July 20th strike, B’tselem reported that one of the victims  – Muhammad Mahmoud al-Maqadma, 30 – was none other than a “military branch operative.” In fact, he was a member of the Al Qassam Brigades of Hamas.

Various explanations for his presence could be presented: The house could have been built atop a weapons cache, bunker, or other military target… He could have been using the family as human shields… The family might have been protecting him of their own volition…

The point is, however, as Elder of Ziyon concludes, “this information [as to the presence of a terrorist] is available. The New York Times first discussed the bombing of that same house on August 4, and by then the identity of the “guest” was known to NGOs… The same research that people can do on the Internet is available – along with much more  – to the staffs of major media outlets like the NYTimes… The information that contradicts [the claim that there were no military targets in the house] is out there – if they would bother to look for it. They don’t.”