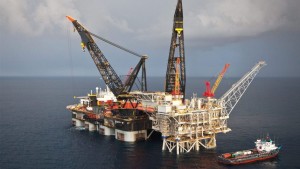 An Israeli exploration group reported on Sunday the discovery of another large natural gas field off Israel’s Mediterranean coast.

The group, led by Isramco Negev and Modiin Energy, said a geological report showed there could be 8.9 trillion cubic feet of natural gas at the Daniel East and Daniel West, close to Gaza’s waters, Haaretz reports.

That would make it nearly as big as Tamar field, which is Israel’s biggest now in production and contains about 9.9 trillion cubic feet of gas.

However, the new discoveries are only a third the size of the Leviathan field, which is still awaiting development and contains about 22.9 trillion cubic feet.