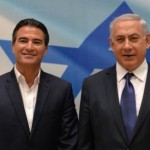 The nuclear agreement signed between Iran and six world powers in July has “significantly increased” the threat to Israel posed by the Islamic republic, Yossi Cohen warned Wednesday as he was sworn in as the new head of the Mossad intelligence agency. But, he added, he was confident the spy agency would be able to formulate an “appropriate response.”

“The key challenge is the Iranian threat,” Cohen said during the swearing-in ceremony at Mossad’s headquarters in Tel Aviv. “Despite the nuclear deal — I think because of it — the threat has significantly increased.”

Cohen, who previously served as Prime Minister Bibi Netanyahu’s national security adviser, pointed to internecine conflict in the Muslim world and the strengthening of regional terror organizations as a threat to the entire world, and Israel in particular.

“Israel is at the epicenter of the storm gripping the Middle East in recent years,” Cohen said. “The fanaticism of Islamic extremism has dominated countries, and has caused their collapse,” he said.

“Iran continues to call for Israel’s destruction, while intensifying its military capabilities and strengthening its grip on the region,” Cohen said. “It employs terror cells as a means to achieve these goals, and I am confident the Mossad will be able to build the strength to form an appropriate response.”

Iran and its funding for terror organizations is by no means a new threat, but with its coffers soon to be refilled thanks to the lifting of sanctions, and its international standing and image improved by the nuclear deal reached last year, Israel will not be able to carry out attacks against Iran without potentially provoking the ire of its allies, including the United States.

“The responsibility that the Mossad bears is immense,” Netanyahu said at the ceremony. “Our strength is contingent on the willingness of some of our best sons and daughters to bear the burden of ensuring life, liberty and prosperity of the nation,” he said.

“I trust you, Yossi, as does all of Israel.”

Cohen, a 54-year-old father of four, was born to a modern Orthodox family in Yerushalayim, and lived near the Netanyahus. His father, a seventh-generation Yerushalmi, was a veteran of the pre-state Irgun paramilitary force.