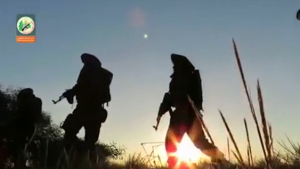 A new Hamas video was posted this past weekend on social media, with the terrorist organization that controls the Gaza Strip demonstrating how it intends to infiltrate Israeli communities, Israeli news website Walla reported.

In the video, Hamas fighters are seen conducting urban-warfare drills – running among demo buildings, one of which has “Zikim” written on it in Hebrew — with assault rifles, vehicles, explosives and tunnel-maneuvering.