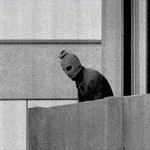 Relatives of the 11 Israeli team members who were murdered by Palestinian Liberation Organization (PLO) terrorists during the 1972 Olympic Games in Munich, West Germany, have revealed new details of the grizzly attack—including how the Israelis were brutalized, and one in case, even castrated by the terrorists.

“What they did is that they cut off his genitals through his underwear and abused him,” widow Ilana Romano said of her husband, Yossef, a champion weight lifter who was shot in the beginning of the attack and left to die, the New York Times reported.

“Can you imagine the nine others sitting around tied up?” she added. “They watched this.”

In 1972, six Israeli coaches and five athletes were taken hostage and then murdered by the PLO terror group Black September after a pre-dawn attack on their apartment in the Olympic Village.

The family members of the victims only learned the details of how they were treated nearly 20 years after the massacre, when German authorities released reports of the attack that the authorities previously denied existed, the New York Times reported.

“The terrorists always claimed that they didn’t come to murder anyone—they only wanted to free their friends from prison in Israel,” said Ankie Spitzer, widow of Andre Spitzer, one of the murdered Israeli coaches. “They said it was only because of the botched-up rescue operation at the airport that they killed the rest of the hostages, but it’s not true. They came to hurt people. They came to kill.”

After decades of failed attempts, the families of the slain Israeli athletes recently finally gained recognition from the International Olympic Committee (IOC). There will be a moment of remembrance for the athletes at the 2016 Olympics in Rio de Janeiro, and the IOC will also fund a permanent memorial to the athletes in Munich.