On Friday, a delegation of 10 members of Neturei Karta met with Dr. Javad Zarif, Iranian Minister of Foreign Affairs, in NYC during his visit to attend the United Nations General Assembly.

In his speech at the meeting, R’ Yisroel Dovid Weiss thanked Dr. Zarif for his longtime friendship with Jewish people of his country and worldwide. He expressed his thanks for the respect and protection the Islamic Republic of Iran extends to its Jewish citizens, despite any criticism it has for the Zionist State and the occupation of Palestine. “This is a true example of the teachings of the late Ayatollah Khomeini, who was very clear in differentiating between Judaism and Zionism. Iran does this naturally, not for advertisement,” Weiss commented.

While praising the Iranian regime which supports terror worldwide, R’ Weiss also made it a point to condemn Prime Minister Netanyahu and the State of Israel.

“We are tremendously pained by the ongoing Zionist provocations against Iran. During Netanyahu’s speech to the UNGA, in which he spoke sharply against Iran, we held public demonstrations stating that he and his state do not speak in the name of world Jewry.”

After Weiss concluded his remarks, senior rabbis of his delegation joined him in presenting a gift to the Foreign Minister, a silver item with the inscribed text:

“With the help of the Almighty.To Your Excellency Dr. Mohammad Javad Zarif, Minister of Foreign Affairs of the Islamic Republic of Iran. As a token of appreciation for your exceptional and continuous friendship to the Jewish people worldwide. From a delegation of Rabbis of the anti-Zionist Jewish community of New York. Presented by Rabbi Yisroel Dovid Weiss of Neturei Karta International, October 5, 2018.” 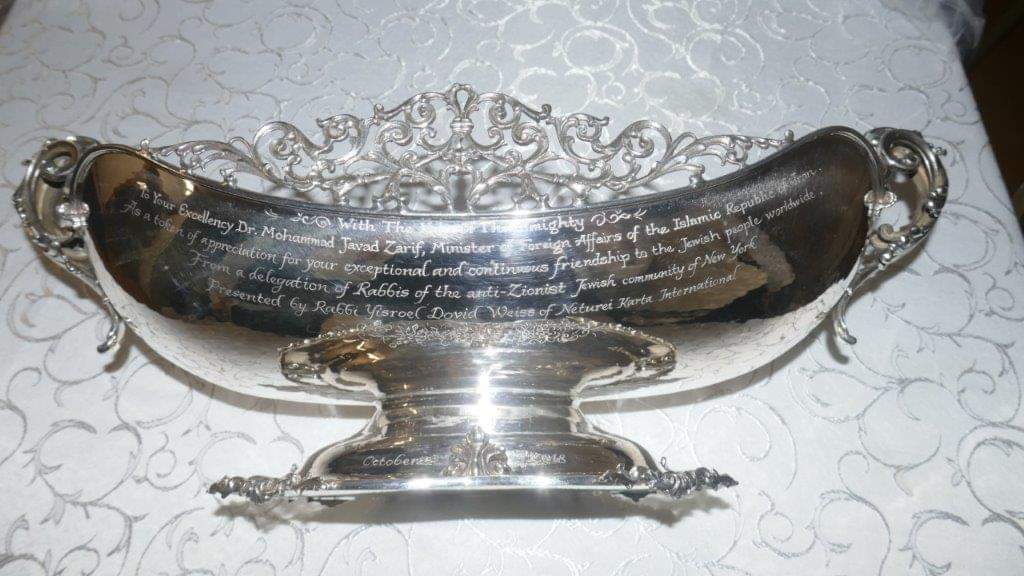 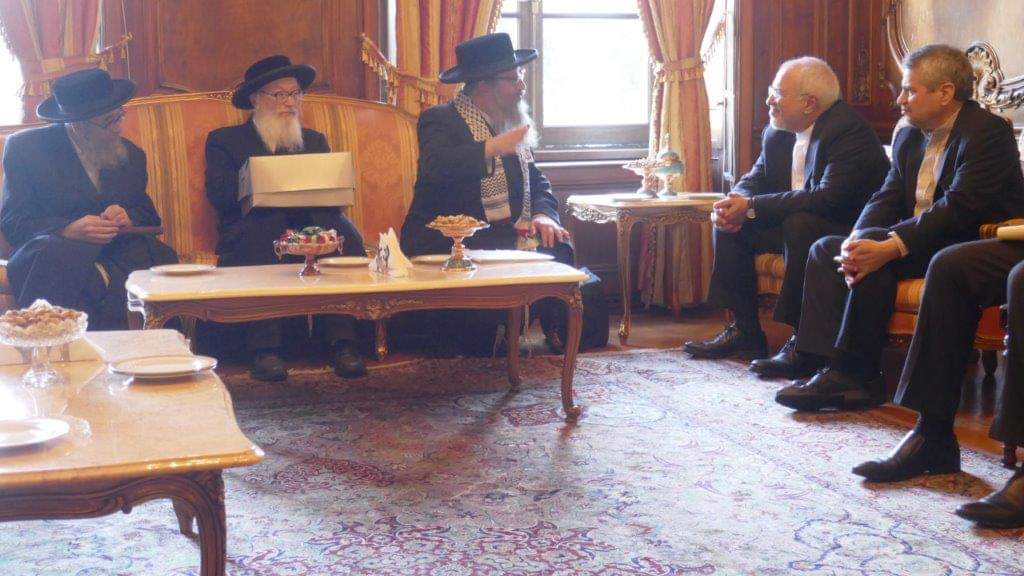 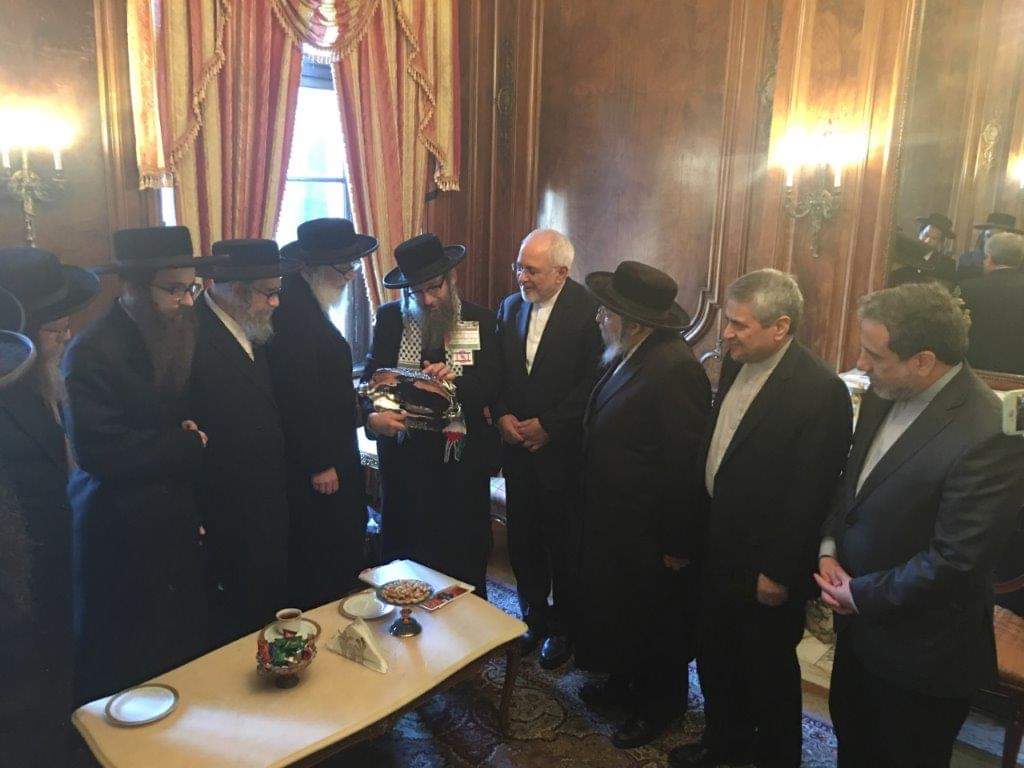 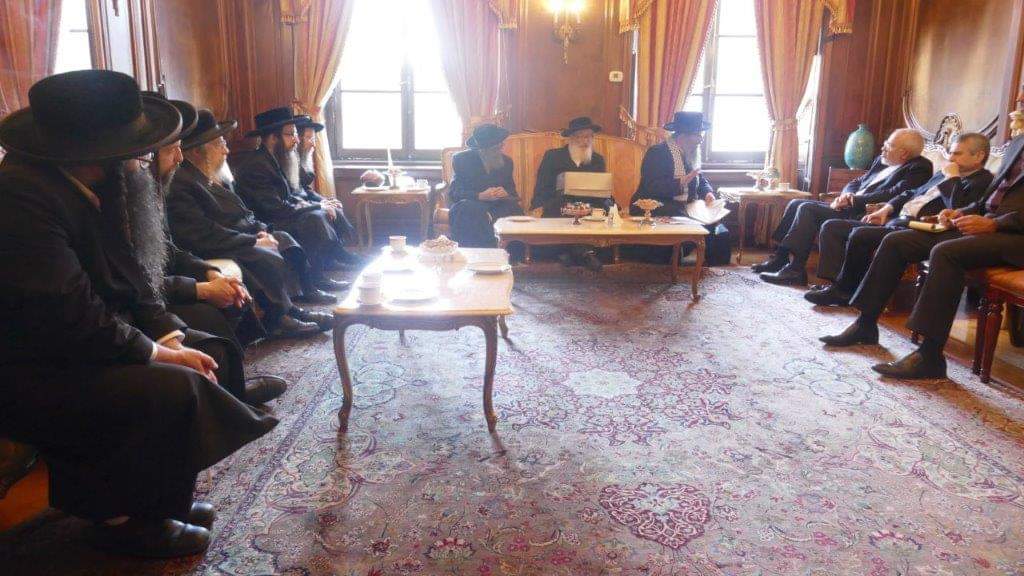