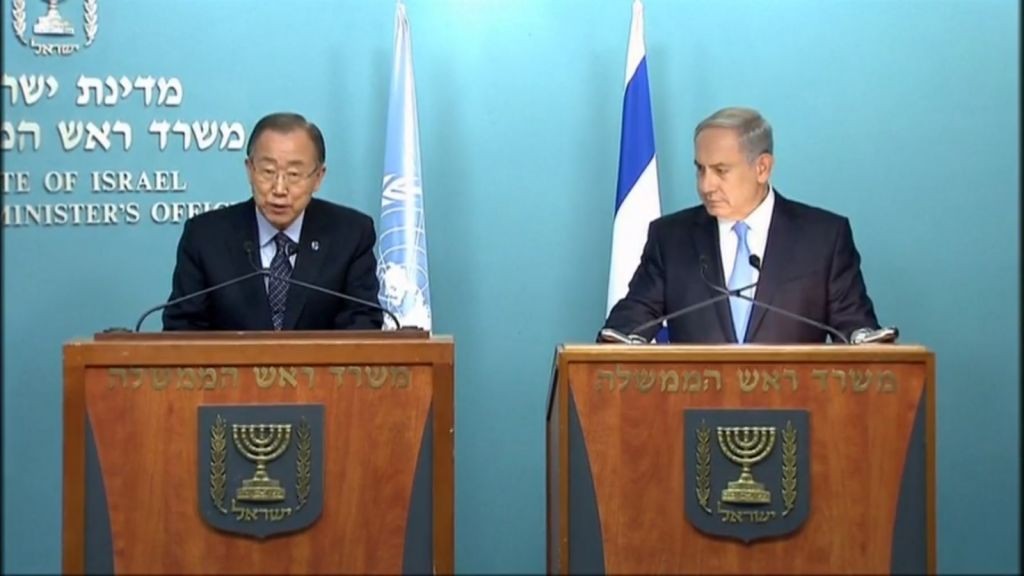 Netanyahu blamed PA President Mahmoud Abbas for glorifying terrorism against Israel, adding that Abbas has “joined the Islamic State” in claiming Israel is harming the Al-Aqsa mosque on the Har Habayis.

Ban Ki-moon said in his remarks that he’s concerned about statements by Palestinian leaders and called on Israel to its utmost to calm the situation.