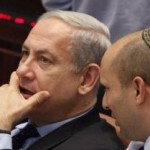 Only weeks after solving the budget crisis, Israeli Prime Minister Bibi Netanyahu may be facing another standoff with a coalition partner after he withdrew his support Monday from the controversial Conversion Bill.

“The prime minister is already thinking about the next elections, and he prefers an alliance with the ultra-Orthodox to supporting Hatnua’s bill,” Israeli news outlet Ma’ariv quoted a source in Justice Minister Tzipi Livni’s party as saying Tuesday.

On Monday night, Livni promised that her party would not be deterred by the prime minister’s decision.

“We will continue to push through the Conversion Bill,” she wrote on Facebook. “If it is not advanced in the cabinet, we will advance it in the Knesset with liberal partners, those who are not afraid of the ultra-Orthodox and want to enable young people that live here and serve in the army to realize their strong desire to convert, marry and live here with dignity.”

The Conversion Bill would allow Israelis to convert to Judaism through any municipal rabbinate, enabling potential converts, especially among Russian-speaking relatives of Jews who immigrated from the former Soviet Union, to bypass any state rabbi who refuses to convert them and find a rabbi who will.

The bill, which Hatnua has consistently championed, passed its first of three required readings in the Knesset plenum last summer, with Netanyahu’s support, over vehement opposition from the Chief Rabbinate and ultra-Orthodox parties, which asserted that it would lead to fragmentation of standards for conversion and confusion in the state religious system.

The Jewish Home party, led by Economy Minister Naftali Bennett, has also registered its opposition to the bill in the past and was expected to fight it and possibly even bolt the coalition if Netanyahu continued to support it.

A standoff with Hatnua would not necessarily create a coalition crisis, as Netanyahu’s government could survive without the party’s six seats. However, losing Jewish Home’s 12 seats would risk his parliamentary majority and force the prime minister to either scramble to find new partners or hold new elections.

Jewish Home has polled strong in recent surveys, with some predicting the party will become the second-largest in the next Knesset.

Hatnua MK Elazar Stern, who sponsored the Conversion Bill, rapped Netanyahu on Monday for his about-face, claiming that the prime minister had pledged his support after requesting that Stern delay bringing the bill to a vote on several occasions, first due to opposition from Jewish Home, then because of the conflict in Gaza, and most recently because of the budget crisis with Finance Minister Yair Lapid.