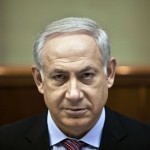 In the brief calm of the 72-hour ceasefire, Israeli Prime Minister Bibi Netanyahu addressed the Palestinian casualties in Gaza.

“Israel deeply regrets every civilian casualty, every single one. The people of Gaza are not our enemy,” he said. “Our enemy is Hamas.”

He placed the blame on Hamas for using innocent people as human shields as he displayed pictures of the tunnels the militant group used. He defended the attacks on Gaza, citing Hamas’ unrelenting rocket fire on Israel.

“Let’s imagine your country attacked by 3,500 rockets. Your territories infiltrated by death squads,” he told reporters. “What would you do? What would you demand your government do to protect you and your family?”

67 Israelis were killed in the past four weeks of fighting. 1,900 Palestinians died due to Hamas’s efforts of using human shields and shooting rockets into Israel.