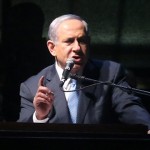 So it has come to pass, the final great political irony, that the leader of the most anti-Charedi Israeli government in recent history, signs on the Charedim as his first partners of the latest Israeli governing coalition.

Not so long ago, Binyamin Netanyahu, a “new age” Israeli political leader who had always shown great respect for Charedi Jews, betrayed them two years ago and joined forces with arguably the most vociferous and outspoken leader of secular Israelis, the media celebrity Yair Lapid and his Yesh Atid party. Terrible decrees against Yeshiva Bochurim and the Charedi world in general emanated from Yair Lapid as he wielded his formidable powers as the Finance Minister. But Lapid allowed himself to be overpowered by his wild fantasies of forcing Charedim to become clones of secular Israelis. All the while ignoring the reality that so many secular Israelis desperately needed the sobering moral values and truths of Torah-true Judaism that forms the foundation of Charedi and Jewish society. The decrees from Lapid were amplified by his partner Naftali Bennett from the Bayit Yehudi party as Netanyahu and his Likud nodded with approval.

All this came crashing down as Netanyahu realized that Lapid not only had the Charedim in his sights, but also had greater ambitions that undermined Netanyahu himself. So Netanyahu called for new elections, and here we are with the Charedim leading the way as Netanyahu’s new partners, while Lapid was kicked out of power and Bennett was cut down to size. Not to mention that Tzipi Livni was sent packing into the political wilderness of the opposition.

But it is still very jarring and somewhat strange to see Netanyahu gyrate from partnering with enemies of the Torah to becoming one of their greatest allies and giving in to their wishes, such as stopping the dangerous policies of liberal conversions, conscripting full-time Torah learners, cutting back the benefits for Charedi families and much more that made life miserable for Frum people in Israel the last two years.

In a very real sense, it could be said, that Netanyahu is doing a form of “Teshuva” in its most basic meaning. Perhaps it is, hopefully, even a “Teshuva Gemura” as the RAMBAM describes it when a person is caught in the exact same circumstances when he sins and yet in spite of his still strong passions overcomes the failures of the past and does not give in to his temptations, it is regarded as a “complete Teshuva”!

In the past, the Gedolim of Eretz Yisroel supported the rise of Prime Minister Menachem Begin and helped him form a majority against the socialist left parties then headed by Shimon Peres. Begin was always respectful of Gedolim, whether in Israel or when visiting America, he would make sure to consult with the greatest sages of Agudas Yisroel. Begin never betrayed the Charedim and tied his own fate to theirs. The next one to follow this kind of pattern has been Netanyahu, with the one serious exception last time when he partnered with the anti-Charedi Yesh Atid when he could have just left them out. Netanyahu’s “new friends” proved to be fickle and now Netanyahu has “returned” to his most trusted allies and guaranteed helpers. Torah Jewry cannot be ignored, they are now too vast a segment of Israeli society to be either stigmatized or sidelined. They are an integral part of Israeli life and contribute to its success and advancement.

The golden thread of light that has shined through all the recent disasters that has also swallowed many Frum Jews, such as the horrific Har Nof Massacre and the kidnapping and slaughter of the three young men that triggered the most recent war between Israel and Hamas, now culminates with a new ray of hope for the future that Torah Jews will now have with a voice in the new government and the needs and values of Torah-true Jews will now be met and respected. Thanks to the turnaround and hopefully steady support that Netanyahu will continue to show towards the vital needs of all Jews based on respect for Torah values and principles, and thereby giving Halacha its rightful place in the Jewish state.