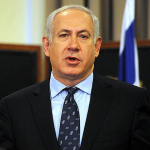 After the White House criticized the purchase by Jews of apartments near Yerushalayim’s Old City, Prime Minister Netanyahu said: “It is better to know the material before deciding to take such a stance….Arabs in Jerusalem are free to purchase apartments in the western [part of the] city and no one is arguing against it….I have no intention of telling Jews they can’t buy apartments in east Jerusalem. This is private property and an individual right. There cannot be discrimination – not against Jews and not against Arabs….No one stole those houses or confiscated the property. Arabs are selling houses to Jews and Jews are selling houses to Arabs.”

“I will not cooperate with a construction freeze against the Jewish people in the capital of Israel,” he said. “Discrimination based on religion, race and gender is illegal – it is not permitted in the U.S. or in any other enlightened country.”

The Prime Minister’s Office said that the step taken on Givat Hamatos was a “technical step” taken at the local level on a plan approved over two years ago, and that an NGO group publicized the most recent step on Wednesday in order to harm the prime minister’s meeting with President Obama. Netanyahu said that the issue did not come up in his two-hour meeting with Obama.