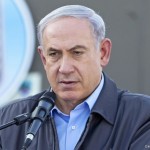 In his first address since the latest Gaza cease-fire went into effect, Israeli Prime Minister Benjamin Netanyahu declared that Hamas has suffered the “greatest blow since the organization’s founding.”

According to Netanyahu, among Israel’s achievements during the 50-day Operation Protective Edge was the destruction of Hamas’s terror tunnels, that some 1,000 Hamas fighters were killed “including very senior commanders,” and that “thousands of rocket arsenals, launch sites and weapons caches were destroyed along with hundreds of command centers.”

Additionally, Netanyahu noted that Israel had accepted every Egyptian-brokered cease-fire from the start of the conflict, while Hamas conditioned its compliance on whether or not its demands were met.

The prime minister also spoke about the growing threat of Islamic radicalism in the Middle East and how Israel’s mission successfully convinced the international community “that Hamas, ISIS, and al-Qaeda are all part of the same family.”

Alluding to Arab states like Egypt, Saudi Arabia, and the United Arab Emirates who have come out firmly against the growing threat of Islamic radicalism, Netanyahu said that there are now “new possibilities” in the region for Israel with “moderate regional states,” adding that “we’ll try to advance those possibilities.”