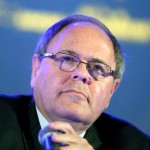 Israeli Prime Minister Bibi Netanyahu has decided that if Brazil were to stick to its refusal to approve former Chairman of the Yesha Council Dani Dayan as Israel’s next ambassador to Brazil – his appointment would still remain in place and Israel would reduce its level of representation in the country.

Netanyahu stressed that even if Brazil does not approve the appointment, and even if Dayan will by appointed to another diplomatic position, he will continue to serve as the Israeli candidate for ambassador and no one will replace him.

Israeli Foreign Ministry representatives blamed Brazil of delaying Dayan’s appointment due to a “personal boycott.” Last weekend, Dayan himself addressed the issue: “The question of whether I will be ambassador or not is not so important, but rather whether the next settler who is a candidate for being ambassador will be able to serve in the diplomatic role, or if we agree to the fact that 700 thousand Israelis are unfit for the embassy.”

“Up until a month ago the estimation, both in Jerusalem and in my home in Samaria, was that this issue would be solved, and so we kept quiet,” Dayan added. “There is an optical illusion here – people think that this is a mutual issue between Israel and Brazil, but Brazil has inadvertently found itself involved in the BDS issue. Saeb Erekat is bust trying to thwart my appointment, calling me a war criminal, and that’s how we should treat it.”

“Just as Israel opposed the labeling of products, so must we oppose the labeling of people,” he added. “Labeling people is more severe than labeling products. It is a step up. In my opinion, the government should determine its stance on the issue.”