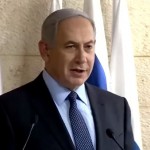 The National Council approved a suggestion to construct a new community for the Druze in Israel on Tuesday morning, January 5. The initiative has been greatly supported by Prime Minister Bibi Netanyahu since November 2012 when a decision was taken to establish such a community.

The town, the first of its kind since the state of Israel was founded, is to be established in the Lower Galilee near the northern city of Tiberias. The initiative is part of what Netanyahu has described as the country’s obligation to the ethnic minority.

“For the first time since the founding of the state, we are creating a new Druze village. This is of paramount importance in advancing the Druze sector,” said Netanyahu, adding that the establishment of the community is intended to help close the economic gaps between Druze and non-Druze communities in Israel.