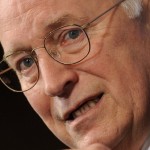 The New York Times editorial board has called upon President Barack Obama to prosecute former Vice President Dick Cheney for the torture of terrorism suspects.

The sharply worded editorial comes amid an effort by the American Civil Liberties Union and Human Rights Watch to launch an investigation into U.S. torture practices. The two groups will submit a letter to Attorney General Eric Holder calling for the appointment of a special prosecutor.

“The question everyone will want answered, of course, is: Who should be held accountable? That will depend on what an investigation finds, and as hard as it is to imagine Mr. Obama having the political courage to order a new investigation, it is harder to imagine a criminal probe of the actions of a former president,” the Times editorial board wrote.

“But any credible investigation should include former Vice President Dick Cheney; Mr. Cheney’s chief of staff, David Addington; the former C.I.A. director George Tenet; and John Yoo and Jay Bybee, the Office of Legal Counsel lawyers who drafted what became known as the torture memos,” the board continued. “There are many more names that could be considered, including Jose Rodriguez Jr., the C.I.A. official who ordered the destruction of the videotapes; the psychologists who devised the torture regimen; and the C.I.A. employees who carried out that regimen.”

The calls from the Times and the ACLU and HRW come after the recent release of the Senate Intelligence Committee report on U.S. torture practices, including a 524-page executive summary that detailed grotesque interrogation tactics, including waterboarding, hanging by the wrists, death threats, confinement in coffins and “rectal feeding.”

“Starting a criminal investigation is not about payback; it is about ensuring that this never happens again and regaining the moral credibility to rebuke torture by other governments,” the Times editorial board wrote. “Because of the Senate’s report, we now know the distance officials in the executive branch went to rationalize, and conceal, the crimes they wanted to commit. The question is whether the nation will stand by and allow the perpetrators of torture to have perpetual immunity for their actions.”

It seems clear that the New York Times does not represent what is best for America.