Short Powerful audio and text of Chizuk on Emunah delivered via email Daily!

RABBI ASHEAR TRANSCRIPT
At Any Time

There are times when we need help from other people, but the way things look, those people might not be willing to help. In those situations, prayer can do wonders. Hashem can give those people information that would give them chizuk to want to help us when we ask them. We read in the Megilla, when Haman was on his way to the palace to tell Achashverosh that he wanted to hang Mordechai on the gallows, Hashem awoke Achashverosh from his sleep and had someone tell him that Mordechai saved his life. Hashem gave Achashverosh new information, at just the right moment, and that saved Mordechai’s life. Hashem can give anyone information at any time.

A man told me he has a business that prints artwork on t-shirts and other paraphernalia. He tries to do as much chesed as he can, and when chesed organizations need this type of work done, he does his best to do it for them free of charge. Recently, a chesed organization asked him to help them put print on over 2000 items. He told them to give him the exact design they wanted, but he would need a few weeks to get it done, as this was his busiest time of the year. A couple of hours later, the chesed organization called him back, apologizing for the request, but they really needed 300 of the items to be ready by the next morning. The owner of the company replied, “I told you, this is my busiest season. If I don’t get my own orders filled to my customers, I’ll get financial penalties. I don’t think it’s possible, but I feel bad for you. Let me see if there’s any way I can help you. Please call me back in an hour. About 45 minutes later, this man received an email that he looks forward to getting his daily inspiration from. He opened it up, and it began by saying, The way it appears to us, the more time and money we spend on others, the less we’ll have for ourselves. But our Rabbis tell us, it’s just the opposite. When we take time out of our busy schedules to do a chesed for someone else, Hashem will help us accomplish what we need to accomplish, with less time and energy.

The man said to himself, This article was written for me. I can’t believe this! He took the inspiration and when the organization called him back, just a few minutes later, he said, “Okay, no problem, I’ll have everything ready for you by the morning.”

Hashem can always intercede to give us the help that we need. There are hundreds, if not thousands of stories similar to these. There was once a man who needed thousands of dollars to make a wedding. He was down and out. He went to the local yeshiva and he asked them if they could give him the name of one of their big donors so he could ask him for help. The yeshiva refused saying, “Usually the donors would rather that their information be kept private.” But they did give him one name, someone who donated an average of $26 dollars a year. They figured he wouldn’t mind. That man in need called the yeshiva back a couple of weeks later to thank them for the name. He said the donor gave him all the money that he needed. The administrator of the yeshiva was shocked. He called that donor to ask him about that large donation, and he replied, he was in need of a yeshua and, to get an extra merit, he told Hashem the next person who requests money from him, he’ll give the person everything he needs.

That was Hashem, again, setting up the situation to help that needy man, before he even called. Hashem can help everyone with their needs, even if they’re requesting from another individual who would not have helped otherwise. We should always strengthen ourselves, and pray to Hashem to help us in everything we need help with. 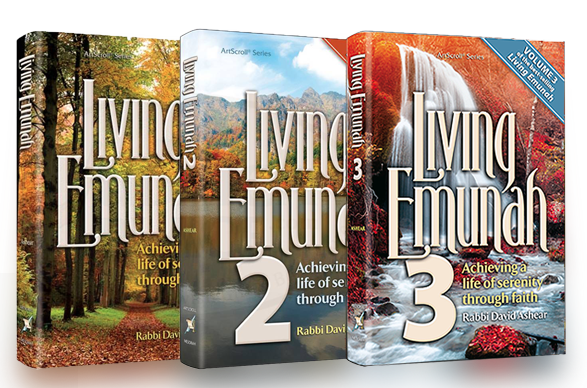