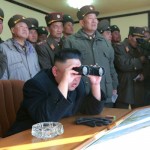 Pyongyang said today it had successfully tested its first “miniaturized hydrogen bomb” in a surprise announcement, after a South Korean weather agency reported seeing signs of an “artificial quake” near a North Korean nuclear test site.

If the claims are true, it will mark a big step in North Korea’s development of nuclear warheads that would be capable of reaching the U.S. Kim Jong Un reportedly ordered the testing on Dec. 15, according to the North’s state-run news agency.

South Korean ministers called an emergency meeting over the latest incident while Japanese officials were also convening to discuss the matter.

White House National Security Council spokesman Ned Price said Washington has yet to confirm the claims, but condemns “any violation of UNSC resolutions and again calls on North Korea to abide by its international obligations and commitments.”

The UN Security Council will meet today in New York to discuss the alleged test.