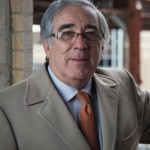 Rescue crews searching off Jamaica’s coast today said they could no longer see debris spotted earlier, stymieing efforts to solve the mystery surrounding a small plane carrying a prominent upstate New York couple that went on a ghostly 1,700-mile journey after the pilot was apparently incapacitated.

The island’s military said in a statement that Jamaican and U.S. officials felt the sighting was “consistent with that of a high-impact debris field.”

But today Jamaica Coast Guard Commander Antonette Wemyss-Gorman said that the pieces of floating debris could no longer be seen.

“We would have to assume it may have sunk,” she said.