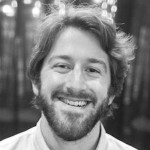 As a rabbinical student, going to synagogue rarely produces feelings of anxiety or fear. With time, even giving the dvar torah or facilitating parts of the service become habitual. While living on the Upper West Side of Manhattan for years, I also became spoiled by the dozens of synagogues that met both my religious and cultural demands. The options were so vast that I could customize my own shul schedule every Shabbat. This synagogue with its rocking Friday night davening and the other synagogue Shabbat morning with its hot kiddush.

This all changed a couple of weeks ago when my wife and I moved to Williamsburg, the epicenter of Hipsters and Hasidim. A quick “Google search” revealed that our synagogue going would be rather different in the new neighborhood. Williamsburg certainly has no shortage of synagogues. In parts, it even resembles Jerusalem’s ultra-Orthodox Mea Shearim neighborhood with a shul on every street corner. The only challenge…I’m not Hasidic nor do I own a shtreimal or bekishe. Although my hair is long enough to make payot , I would still look more like a Beatle than a Hasid. There was no way to disguise myself. How would I ever fit in?

I woke up Shabbat morning and for the first time since my Bar Mitzvah I was terrified about going to shul! I was scared that they would judge me and challenge my Jewishness. I was certain I would be made uncomfortable. After all, it seemed like every week I had read another horror story regarding their community and their insularity. Why would they make an exception for me?

My wife finally convinced me to give it a try, so I found my white shirt and black pants and headed out. I had no real plan, I did not know anyone or know of a specific shul. I figured I would walk into south Williamsburg and see what happens. After only a couple of minutes I ran into a Hasid. He seemed like he was in a hurry to get to davening, but at the time he seemed like my best chance of actually finding somewhere to go.

“Follow me” he said in a broken English. We walked together for a couple of blocks in silence. When we arrived at a rather run down building he pointed to the basement. “Are you sure this is it?” I said to him. He nodded his head and walked away. This was not the synagogues of the suburbs that I had grown up with. It was literally a hole in the wall.

As I walked down the stairs, the little children dressed in their Shabbos finest looked at me as if I had come from another world. I slowly opened the door and saw a couple of men sitting and learning with their children. “Is it okay if I come in?” I said to a man by the door. “Can you come in? Of course! What kind of question is that?!” he responded in his heavy Yiddish accent. He was almost insulted by the question itself.

He quickly made me a cup of coffee and we schmoozed about how I was going to become a rabbi. He was delighted and excited for my work ahead.

As the other Hasidim came in for morning prayers, they all came up to me and introduced themselves and greeted me with a smile. One of them ran to get me a tallit and another went to bring me a siddur and a chumash. They made sure I liked my seat and was comfortable. As the service began, I felt transported in time. The beautiful melodies and the rhythmic swaying or shucking was completely memorizing. I had a feeling that my ancestors davened in a shul like this back in Poland.

When the Torah came out the gabbai approached me and asked for my Hebrew name. I was shocked. On the Upper West Side I had been to several synagogues for years and never honored with an aliyah, but there I was in this small shtiebel in Williamsburg getting called up to the Torah on my very first visit. They even called me, “HaRav Channan David”. They redefined for me what Jewish Hospitality — hachnasat orchim — should look and feel like. With small and intentional gestures, the great divide between us seemed insignificant.

With the conclusion of the service, they invited me to stay for kiddish. Cholent, whiskey, and kugel was on full display. The conversation was rich and diverse as we discussed the Iran deal, inter-marriage, Israel, Donald Trump, the rabbinate, Carlebach niggunim, and much more. They made me promise I would come back again (they even recruited me for their daily minyan) as we sat around the tables that they had pushed together.

When I finally left, I was truly overwhelmed by the experience and their generosity. I also felt so guilty for unfairly judging them, assuming they would be closed and uninviting. With Yom Kippur only days away, how can I ask God to judge me with compassion when I cannot even do the same for my fellow Jew? My new neighbors reminded me of the oldest Hasidic wisdom, as the Baal Shem Tov taught, “Be careful when you pass judgement on another. It is really yourself whom you may be judging.”

This article first appeared at the Times of Israel blog.