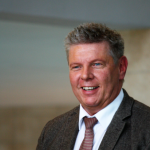 The mayor of Munich, Dieter Reiter, said that the German city will not permit anti-Israel or pro-BDS (Boycott, Divestment and Sanctions) events to be held in municipal space, it was reported Wednesday.

Reiter on Tuesday reportedly told the head of Munich’s Jewish community, Charlotte Knobloch, that there will be “no more city support for such events.” His statement follows a request by Knobloch for Munich to stop a BDS lecture slated to be held in a municipal building.

Dieter refused to cancel that particular event and his spokesman, Stefan Hauf, said the mayor “does not have a basis to cancel the event. According to the cultural representative, the event is merely a lecture, and a call to boycott is not planned.”