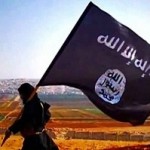 According to a Pew Research Center survey of 11 countries with significant Muslim populations, an overwhelming majority of people in the Muslim world dislike the self-declared Islamic State.

In none of the countries did more than 15 percent of the population indicate favorable attitudes toward ISIS. Lebanon, Israel, and Jordan expressed almost unanimous dislike for the jihadi group, while Pakistan only indicated 28 percent dislike with a 62 percent majority offering no definite opinion. Read more at Pew Center.