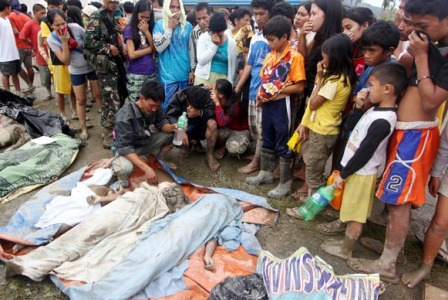 A super typhoon that destroyed entire towns across the Philippines is believed to have killed more than 10,000 people, authorities said today, which would make it the country’s deadliest recorded natural disaster.

The horrifying new feared death toll from Super Typhoon Haiyan came as the United States pledged military help in the relief effort and as countless survivors across a huge swathe of the country remained without aid for a third day.

Ten thousand people were believed to have been killed in the worst-hit province on Leyte, regional police chief Elmer Soria told reporters in Tacloban, the devastated provincial capital.