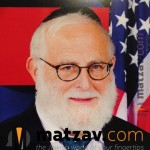 This is the second time that Parietti has lost to St. Lawrence on a reform platform.