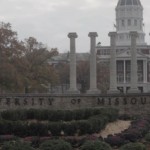 The University of Missouri has rejected the resignation letter of Associate Professor Dale Brigham, who attempted to quit over an email he sent to students informing them of a scheduled exam despite threats of violence on campus.

“If you give in to bullies, they win,” Brigham wrote in his initial email to pupils. “The only way bullies are defeated is by standing up to them. If we cancel the exam, they win; if we go through with it, they lose.”

After his email became subject of campus outrage, Brigham sent out another note saying the exam was canceled and he resigned his position. The school’s administration did not accept his resignation; no reason was given. Read more at NBC News.