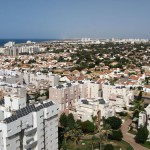 Details of the current ceasefire between Israel and Hamas are being revealed, and the agreement obtained by Prime Minister Bibi Netanyahu are generating mixed reactions among the leaders of the South. The majority of the reactions ae against the truce, and all voiced skepticism about its viability.

Itamar Shimoni, Mayor of Ashkelon, harshly condemned the ceasefire, calling it a surrender to terror: “The residents of the South wanted a decisive victory, but it seems they will not receive it,” said Shimoni, “We wanted to see Hamas begging for its life, while in fact we are witnessing Israel running to the negotiations table every chance it has to do so.” Shimoni further believes that objectives set for Operation ‘Protective Edge’ were not achieved: “We did not lose 64 soldiers and six citizens for this ‘achievement’. We sat in bomb shelters for two months and incurred heavy financial losses, but not for this ‘achievement’. we expected much more. Hamas made demands while using force, and it seems they will get what they demanded. the conclusion is the terror pays.” Shimoi believes that the current ceasefire with Hamas will not last long: “We have already begun to prepare of the next round of violence, and it will be more deadly and violent than what we have experienced up until now.”

Tamir Idan, Head of the Sdot Negev Regional Council, also believes that the current ceasefire is a surrender to terror. relating to the IDF’s refrain from responding to Hamas’ heavy fire on Israel hours before the ceasefire took effect, Idan stated: “The ceasefire is Israel’s agreement by silence that it is possible to fire relentlessly at Israel with no response just before the commencing of the ceasefire, and this is very grave. We demand that the State of Israel and the IDF stand by their vow to respond to every incident in a harsh and meaningful fashion.”

Yair Farjun, Head of the Hof Ashkelon Regional Council, believes the ceasefire has little credibility. “We cannot become indifferent and must remain vigilant, at least in the coming days. the government must stand fast and ensure that the terror organization does not achieve any meaningful objectives, while planning to bring down the Hamas regime if the fire is renewed.”

Alon Shuster, Head of the Sha’ar Ha’Negev Regional Council, is the only leader to voice support for the ceasefire. “The great pain caused by the bloody incidents in the past days emphasizes the need to stop the violence in our region. I support the ceasefire and the negotiations that are supposed to commence in its wake,” said Shuster. Despite his support for the ceasefire, Shuster too is skeptical about its practicability. “If the terror organizations renew their fire that will be the sign for Israel’s government to enter into a deep military campaign in the Gaza Strip that will uproot the Hamas regime. if the terror ceases its crimes and cooperates with a disarmament process, the rehabilitation of Gaza will be possible,” concluded Shuster.

Despite the ceasefire, the residents of the south are reportedly reluctant to return to their homes after fleeing them weeks ago. They have little faith that the truce will hold for long, basing their decision not to return on past experience. As the opening of the school year nears they will have make a final decision if to risk relying on the current truce.