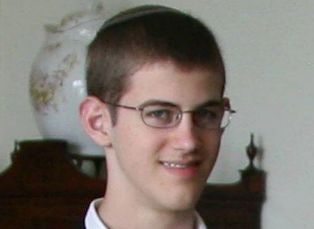 Missing teenager Caleb Jacoby is safe. He was found in Times Square in New York, the Brookline Police said this evening.

A Brookline Police dispatcher said Jacoby was found, but there are no other details available at this point, and detectives are still working on the case.

The Brookline Police announced via Twitter just before 9 p.m., “Caleb Jacoby has been found. Safe and well.” The police said more information will follow as details become available.

The Brookline Police Department posted on its website that the Brookline police, working with other agencies, were able to provide information to the New York City Police Department that Jacoby may be in the area of Times Square. “Based upon this information at approximately 9 p.m. New York City Police informed us they had located Caleb and he was safe and sound,” the Brookline Police wrote. “Plans are now being formulated to transport Caleb back home.”

Jacoby, 16, of Brookline, had been missing since 12:30 p.m. on Monday. He is an 11th grader at the Maimonides School, a Jewish day school in Brookline. Jacoby is the son of Boston Globe columnist Jeff Jacoby. His disappearance had sparked a large community response, with more than 200 volunteers searching for him throughout the Boston area.

The New York Police Department was unable to provide any additional information.

Jeff Jacoby said via Twitter, “Our prayers have been answered. We are thrilled to hear from the Brookline Police that our beloved son Caleb has been found and is safe. Words can’t express our gratitude for the extraordinary outpouring of kindness and support that we have received from so many people. All we can think of at this moment is how wonderful it will be to see Caleb again and shower him with love.”

Debby Jacoby, who identified herself as Caleb’s aunt, thanked the Brookline police on Twitter and tweeted, “CALEB IS FOUND! IT’S TRUE. Thank you for all of your support, prayers, wishes and love #gratitudeoverflowing.”

Maimonides School posted on its Facebook page, “Baruch HaShem (Thank God)! The Brookline Police Department has confirmed that Caleb Jacoby has been found and is safe. Thank you all for your prayers and efforts on his behalf.”