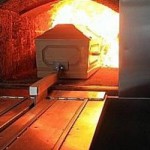 One single phrase written in a Rockland County Court ruling has rekindled a glimmer of hope and reignited the fight to bring Mordechai ben Reuven to kever Yisroel.

As reported previously, Martin Mendelsohn passed away at the Evergreen Court Home for Adults in Spring Valley, New York on the second day of Rosh Hashana.  The facility’s owner, Mr. Chezky Schonberger was dismayed to learn that the only next of kin, Martin’s brother, Stephen, planned to have his brother’s body cremated, despite Martin’s well known adherence to traditional Jewish customs and kashrus.

Since then, Mr. Schonberger has been waging an unprecedented legal battle to stop the cremation of Martin Mendelsohn, urged forward by the psak of meis mitzvah from Horav Chaim Kanievsky shlita, and made possible by the achdus and participation of Klal Yisroel.

All hope was seemingly lost when the Rockland County Supreme Court, ruled against Mr. Schonberger and allowed the stay to be lifted and the cremation to move forward.  With the GoFundMe page reaching upwards of$23,000 former New York State Appellate Judge, the Honorable Victoria A Graffeo, of Harris Beach PLLC Attorneys at Law, was hired in a last ditch effort to offer a financial settlement that might satisfy Stephen Mendelsohn.

Ms. Graffeo, who along with her fourteen years as an Appellate Judge, has many years experience and expertise dealing with the nuances of Jewish law, reached out the Stephen and offered a $10,000 donation to any charity of his choice in addition to free Jewish burial for Martin anywhere in the world.  Mr. Mendelsohn rejected the offer.

Distraught, Mr. and Mrs. Schonberger were up late Tuesday night discussing the case and reviewing the papers when a phrase caught Mrs. Schonberger’s eye.  What are the two words that have breathed new life into this case? Ironically they are burial arrangements.

The judge, in reviewing his ruling, stated that when Mr. Martin Mendelsohn became a resident at Evergreen he filled out standard paperwork including a Department of Social Services form regarding his wishes upon his passing.  DSS Form 2949, logged into evidence during the court case states: Martin, in filling out a statutorily required admission form requesting personal information stated under “Burial Instrucions”…. “Family Taking Care.”

Realizing that they might have stumbled onto something of potentially major consequence, Chezky Schonberger awoke Rabbi Chaim Dovid Zwiebel, Esq. of Agudas Yisroel, with whom he has been consulting throughout.  Sure enough, the use of the term burial and the absence of any mention of other after death arrangements were deemed reason enough to attempt to reopen the case.

Isaac Leider, who has been instrumental in assisting Chezky thus far, reached out to their lawyer and her team. Ms. Graffeo immediately got to work drafting a cease and desist letter to Hellman Memorial Chapel where Martin’s body was awaiting transport to cremation.  Ms. Graffeo wrote: … We ask that you cease and desist any such process that may be scheduled and ensure that all employees and affiliates are aware that the dispute relating to what should be done with Mr. Mendelsohn’s remains has not been resolved, and that the Second Department’s order denying a stay is being challenged. The letter was forwarded to Hellman Memorial Chapel first thing Wednesday morning.

This eleventh hour turnabout literally happened in the nick of time; the transport had already arrived to pick up the body!

“There is no doubt in my mind that the tefillos of Klal Yisroel made this miracle possible,” Mr. Schoenberger shared with obvious emotion in his voice.  “We now have the highest caliber lawyer working on this very unique case, putting us on equal footing with the opposing side.  We need to keep davening but we also need Jews to unite and help finance this incredible opportunity to fulfill the ultimate mitzvah of chesed shel emes.”