[Video below.] Martin Grossman is scheduled to die in minutes for the 1984 murder of Florida Wildlife Officer, Peggy Park. Prison Officials say Grossman is calm and resigned to his fate. He met with his aunt and two female friends in the morning and then with a rabbi for a final prayer session in the afternoon.

Although Grossman initially ordered peanut butter and banana cookies from the canteen with an ice tea, he added a chicken sandwich and substituted fruit punch. He finished the entire last meal. 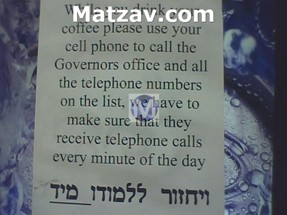 The media has gathered outside the gates of the Florida State Prison.

Media witnesses have been escorted into the prison. They were not allowed to bring anything except a photo I.D. The prison supplies pencil and paper for notes.

After sitting and waiting for about a half hour to 45 minutes, witnesses are then escorted in to the death chamber. The curtains open and Grossman will be about 15 feet away on the other side of a glass wall.

He is expected to make a final statement expressing his remorse.

Click here for a video report about the impending execution.