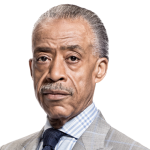 Kelly played a clip of St. Louis Prosecutor Bob McCulloch speaking Monday night when he said there were African-American witnesses who testified that Michael Brown was “coming toward” Officer Darren Wilson when he was shot – which, she said, would show that the witnesses were not divided on racial lines.

“I guarantee you that soundbite’s not gonna go everywhere tomorrow,” Kelly said. “They’re not gonna play that for the protesters who are saying that this is a racial thing and that … the fix was in.”

Fox legal analyst Arthur Aidala agreed and said many of the protesters probably do not know any of that and are just using the grand jury decision as an excuse to be violent. Kelly said some of them were given misinformation by Al Sharpton, who “went out there and stoked the fires by giving them misinformation after misinformation, never to be corrected.”

Aidala said the evidence presented to the grand jury “must have been so bad, so shabby, that they couldn’t even indict on the lowest count.”