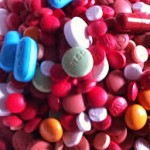 I was brought over to New York to evaluate five children ages from 7 to 13 years old, all from different schools. During the evaluations I was told that all 5 children were being medicated with Ritalin due to behavioural and concentration problems and were showing signs of ADD/ADHD.

When the evaluations were completed, I explained to the parents that the evaluation showed that their child’s poor Hebrew academic performance in school was due to underdeveloped scholastic skills which had been overlooked. In these cases, medication was being used as a band aid to cover up, albeit unintentionally, the child’s academic deficiencies.

I would like to preface here, before some readers get disgruntled by my lack of enthusiasm in using medication to help children achieve in school, that of course there is a place for using medication, but only in extreme circumstances and where each case needs to be scrutinized carefully.

The question I would like to ponder here, is whether medication is being overly prescribed to students, and whether underlying academic issues could be at play here which provide the fodder for a child to misbehave or lose focus.

In one of my previous visits to a certain well established city, I met with a number of top Menahelim. One of them asked me to evaluate a 13 year old child whom they were particularly struggling with and had advocated for the child to take Ritalin, and he had been taking it for the last five years. After evaluating the student, I explained to the Menahel that in my opinion, the reason why the student could not focus on his learning, was because he could not identify at least half of the Alef Bais. This scholastic deficiency was being played out in behavioural and concentration problems in class. But how was the boy expected to be able to sit and focus on text he considered to be “Chinese”. The principal had been unaware of this underdeveloped skill the boy had, and medication, which was a short term solution, was being substituted for a life long problem.

We, as parents and educators, have an obligation to find the source of why a child is proving to be an under achiever, and, as mentioned, this will be discussed in a future article. To reiterate, there are those circumstances where medication can help a child. But, are we being too liberal and acting irresponsibly when offering this medication to our children?

I have had discussions with Menahelim who have told me that they strongly push parents to give their child medication, and would suspend the child if the parents refused to give it, since they felt it was to the advantage of the student, improving their student’s behaviour, concentration and scholastic abilities. In fact one Menahel confided that 30% of his student body were being medicated. But from the above few examples I have mentioned, and there are many more I have not written about, we can see that very often medication is covering up under developed deficiencies, and what appears to be a chemical deficiency such as ADD or ADHD, it is really under developed skills which could easily be addressed.

The question remains, if we are using medication to band aid behavioural or concentration problems without addressing the underlying academic issues at hand. Is medication the true salvation or is it a quick fix for a deeper problem?

Rabbi Dovid Abenson is the founder and director, author and lecturer at Shaar HaTalmud, a unique yeshiva based online program, featuring evaluations and remediations, working with students to upgrade skills in Hebrew reading, chumash/rashi and gemara studies, consulting school principals world – wide, to improve their ability to discover students who possess under-developed skills. He can be reached at ravabenson@shaarhatalmud.com or 1-877-HATALMUD (428 2568).