Must be a slow news day for the mainstream media, which got hung up on the Purim costume of New York Assemblyman Dov Hikind.

Hikind wore blackface makeup, an Afro wig, and a basketball jersey to a Purim party, and was questioned about it by CBS Newsradio 880 in New York. 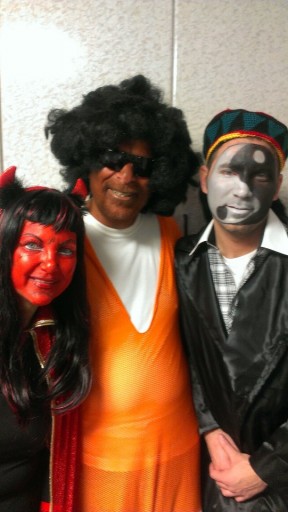 Hikind said he meant no offense and doesn’t regret the costume he wore to the party.

His response to CBS 880 was published by the Associated Press.

Hikind’s spokesman said today that the Democrat with 30 years in the state Assembly wasn’t immediately available for comment, but says Hikind isn’t trying to avoid the issue. CBS reported that Hikind hired a makeup artist and wore an orange basketball jersey and sunglasses. He told CBS he never thought the outfit would be offensive.