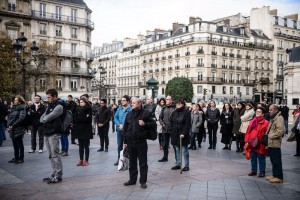 A French official has told the Associated Press that they suspect the Parisian terror attacks were planned and orchestrated by a Belgian citizen named Abdelhamid Abaaoud.

Police say they believe he was linked to previous train and church attacks that were foiled.

Seven people have been arrested in Belgium in the wake of Friday’s massacre in Paris. Read more.