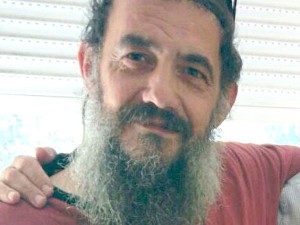 A day after he was attacked by three apparent ISIS supporters on the streets of Marseilles in southern France, Rabbi Tzion Saadon said he believes Israel is the safest place in the world for him and his family, Israeli Walla news reported.

“The Jews in France feel like they’re being watched closely by Daesh,” said the 56-year-old history teacher at a local Jewish school, using another acronym for ISIS.

“The most secure place in the world is the land of Israel,” he said. “Perhaps we’ll make aliyah [immigrate to Israel], if God wills it.”

In fluent, French-accented Hebrew, the rabbi recreated for Walla the disturbing scene of three men attacking him on Wednesday night, based on his religion alone.

“I left the house yesterday at around 7 p.m.,” he recounted. “I encountered three guys on the road. They were wearing Daesh shirts. They asked me, ‘Are you Muslim or Jewish?’ I told them I’m Jewish, and then one of them said they wanted to kill me. He took out his cell phone and recorded me. Then, they started slashing me.”

Saadon continued: “Suddenly, a car came and they ran in the opposite direction from where they believed they’d be caught,” he recalled. “That’s how my life was saved, in this instance.”

Prosecutors told Reuters that the attack happened around 8:00 p.m., when three men, one wearing a shirt with the ISIS logo, approached Saadon and began attacking him. Police have yet to announce any suspects.

The attack came amid heightened security in France, in light of last Friday’s grisly ISIS attacks across Paris, which killed 129 people. French police on Thursday said Abdelhamid Abaaoud, a Belgian national and the apparent mastermind behind the Paris attacks, had been killed in a police raid on Wednesday in Saint-Denis, in the northern suburbs of Paris.

Police were treating the Marseilles attack against the Jewish teacher as a hate crime. “I still have knife wounds all over my body,” said Saadon. “On my legs, and on my arms.”

In October, a rabbi and two worshipers were stabbed outside a Marseilles synagogue after prayers for the Jewish Sabbath.

Some 6,000 Jews have made aliyah to Israel since the beginning of 2015, according to recent Jewish Agency figures.