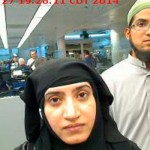 Tashfeen Malik, one of the two attackers who fatally shot 14 people in San Bernardino, Calif., sent at least two private messages on Facebook to a group of Pakistani friends in 2012 and 2014 revealing her support for Islamic jihad, the Los Angeles Times reported on Monday.

Malik reportedly “expressed her desire” in one of the posts, written in Urdu, to become a jihadist, according to two top federal law enforcement officials.

The posts were recovered by FBI agents investigating whether Malik and her husband, Syed Rizwan Farook, had any direct connections to foreign terrorist networks before they opened fire on the Inland Regional Center on Dec. 2.

The new revelations suggest intelligence agencies missed red flags on social media that Malik was a potential threat before she entered the country on a K-1 fiancee visa in July 2014. Read it more at the Los Angeles Times.