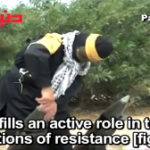 Terrorist cells affiliated with Palestinian Authority (PA) President Mahmoud Abbas’s Fatah movement are bragging they fired some 2,000 rockets and mortar shells at Israel during the 50-day Operation Protective Edge, according to several Arab-language sources on Wednesday, flagged by blogger Elder of Ziyon.

“The Al Aqsa Martyrs Brigades ‘Army of the storm,’ claimed responsibility for launching 620 rockets at Israeli towns during the days of the Israeli aggression,” according to the PA-affiliated Palestinian Ma’an News Agency.

“The battalions fired 620 rockets over the days of the war,” the report said, as well as “launching several Grad rockets. The munitions were “launch[ed] at a large number of settlements around the Gaza Strip.”

The Abu Nidal Brigades claim to have shot 532 rockets and mortars at “the Zionist enemy,” Elder of Ziyon reported.

The Abdul Kader Husseini Brigades, yet another Fatah group, claims to have shot 864 rockets and mortars at Israel.

“Fatah has several hundred militiamen in the Gaza Strip, some of whom are members of the Palestinian Authority security forces, who continue to receive their salaries from Western governments,” according to reporter Khaled Abu Toameh on July 9th.

“At least two Fatah armed groups announced that they had started firing rockets at the ‘settlements’ of Ashkelon and Sderot, cities inside the pre-1967 borders of Israel, with another Fatah group claiming responsibility for firing 35 rockets into Israel since Sunday,” Toameh wrote at the time.

“So [as] far as Abbas is concerned, ‘it all started when Israel fired back’ in response to hundred of rockets fired at Israel from the Gaza Strip during the last few days. He seems concerned that if the world hears about the role of Fatah in the rocket attacks, the news will affect Western financial aid to the Palestinian Authority, which is dominated by Fatah,” according to Toameh.