Los Angeles – An impressive group of activists and rabbonim from the Los Angeles area participated in a well-attended organizing meeting of the Los Angeles Committee for the Preservation of Har Hazeisim on Thursday February 4th at the home Shlomo Goldner, a well-known activist and philanthropist. “This is one cause that involves every Jew regardless of location,” said guest speaker Menachem Lubinsky, founding co-chairman of the International Committee. “The preservation and development of Judaism’s holiest and oldest cemetery is of paramount importance to all Jews.”

The evening was opened by host Sol Goldner who explained that the destruction and abuse of Har Hazeisim touches everyone. He introduced a moving film about Har Hazeisim that vividly illustrated the degree of the destruction, on the one hand, and the accomplishments of the ICPHH, on the other. It included messages from ICPHH Executive Committee member Malcolm Hoenlein, MK Yitzchak Herzog (leader of the Opposition) and Rabbi Moshe Tuvia Lieff, Rav of Agudas Yisroel Bais Binyomin in Flatbush. The historic evening was organized by a steering committee that included Mr. Goldner, Dr. Irving Lebovics and Stanley Treitel.

A surprising moment came when emissaries of the Viznitzer Rebbe of Bnei Brak, Rabbi Menachem Mendel Hager, delivered a message from the Rebbe to the organizers of the meeting and to the Lubinsky brothers:

“I was delighted to learn of your extraordinary activities on behalf of the shochnei afar including the leading tzadikim who lie on Har Hazeisim. Hashem should help that in the zchus of these tsaddikim and kedoshim, the beacon of light over the generations whose resting place is on Har Hazeisim, may you merit long life, parnassah, and hatzlacha in everything that you do, until the shochnei afar will rise with the arrival of Moshiach Tzidkeinu.”

In his address at the meeting, Mr. Lubinsky reported that the Israeli Government has agreed to step up several security and preservation projects on Har Hazeisim including building a wall/gate in the Eastern section of the cemetery, to join the ICPHH in constructing an Educational and Visitors Center, which will include a shul on the lower half of Har Hazeisim, and to restore some 23,000 graves and tombstones destroyed by the Jordanians during their occupation of the cemetery (1948-1967). According to Mr. Lubinsky, the ICPHH will be recruiting Jews worldwide in participating in these projects to “reclaim our 3000-year old international historic cemetery of the Jewish people.” 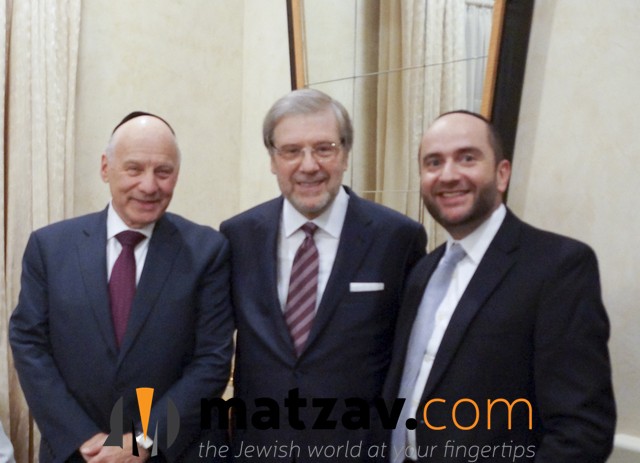 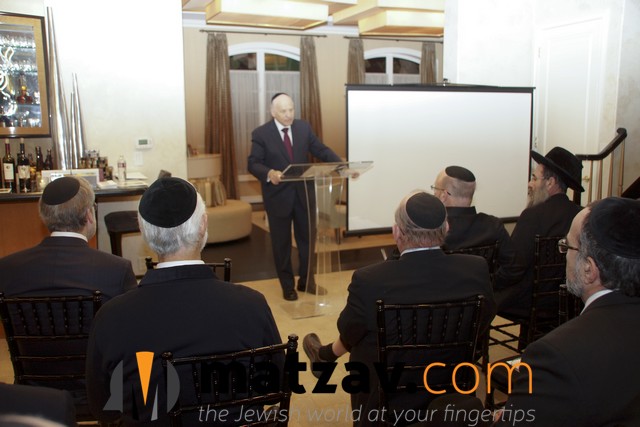