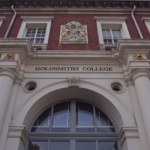 Students at a London university struck down a measure to commemorate Holocaust Memorial Day.

The sole vote in support of the measure was brought forth by its proposer, Colin Cortbus, a descendant of a soldier in the Nazi German Wehrmacht.

The proposal was also designed to recognize “the victims of genocide, racial hatred and totalitarianism and promoting public awareness of these crimes against humanity is essential to sustaining and defending democratic culture and civil society, especially in the face of a resurgence of neo-fascism, racial hatred and neo-Stalinism across Europe.”

Goldsmiths’ education officer, Sarah el-Alfy, led the opposition against the proposal and praised university students for voting against it, describing the measure as “Eurocentric” on her Twitter account.

El-Alfy later uploaded a post clarifying her position, stating that she was “not against” Holocaust Memorial Day, but expressed her opposition to the measure because of its focus on European history while ignoring “atrocities” committed by the UK.

According to the British student newspaper The Tab, another student had suggested that the university could not commemorate the Holocaust because she believed the student union was explicitly “anti-Zionist.”

Student President Howard Littler noted that a student mentioned the greater Israeli-Arab conflict when discussing the proposal: “Someone brought up Israel-Palestine out of the blue, but I made a point of information and said I didn’t want to conflate the two.

“The main opposition wasn’t really opposition, but a suggestion that the motion needs rewriting. I’m flabbergasted that serious publications are taking this claim seriously,” Littler said in an interview with the British website Jewish News.

“The accusation that we aren’t respectful of something so tragic and massive as the Holocaust is insulting and misrepresents what really happened,” Littler added.