Trains in London’s subway system on Monday were plastered with advertisements from the Boycott, Divestment and Sanctions (BDS) movement, accusing Israel of massacring and torturing Palestinians as well as calling out British companies doing business with Israel, the London Jewish Chronicle reported.

Four ads were reportedly placed in 500 London trains for what anti-Israel activists call “Israeli Apartheid Week.” Transport for London, the body overseeing the London Underground transit system, said in a statement that the ads are “not authorized adverts,” which constitutes “an act of vandalism which we take extremely seriously. Our staff and contractors are working to immediately remove any found on our network.”

Israeli Member of Knesset Yair Lapid (Yesh Atid) spoke with London Mayor Boris Johnson about the anti-Israel ads. Johnson is “a friend of Israel” and “he explained that they were put up without authorization and [that the mayor] would give the instruction for them to be taken down immediately,” Lapid said.

Meanwhile, in the U.S., Congress is considering investing more in Israeli security technologies in response to the promotion of economic boycotts of Israel by the BDS movement, according to a copy of a measure obtained by the Washington Free Beacon. The investment resolution, which will reportedly be considered by the House Foreign Affairs Committee on Wednesday, calls on the American government “to explore new agreements with Israel, including in the fields of energy, water, agriculture, medicine, neuro-technology, and cyber-security.” The measure is being proposed by U.S. Reps. Ted Lieu (D-Calif.), Eliot Engel (D-N.Y.), Ted Poe (R-Texas), and Foreign Affairs Committee chairman Ed Royce (R-Calif.). 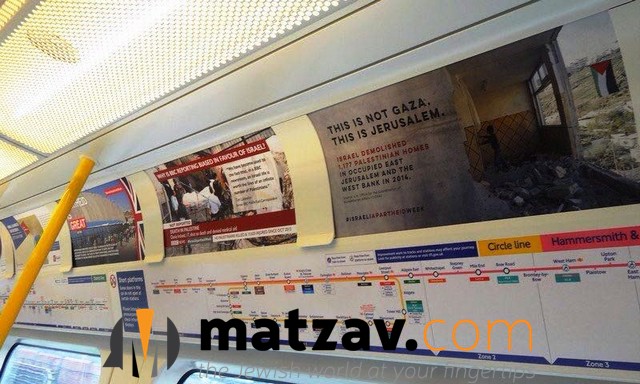 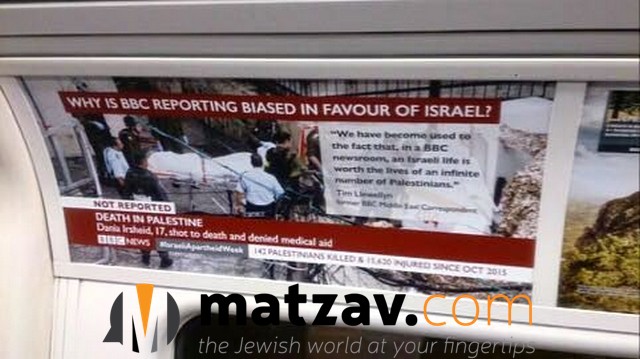 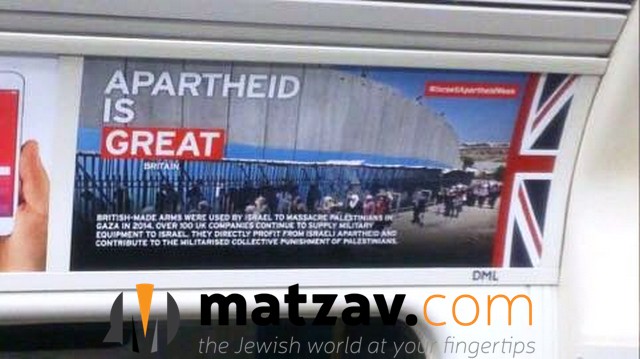