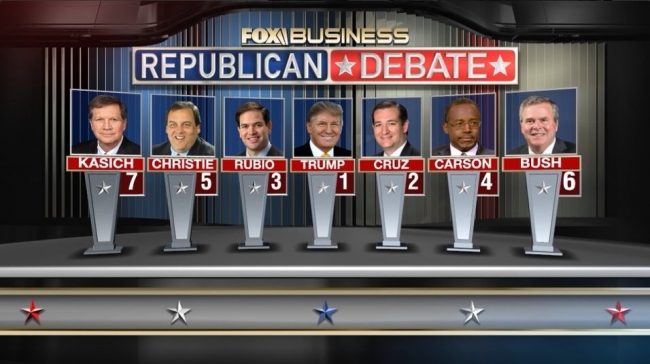 The debate comes as front-runner Trump faces a rising challenge from Cruz, particularly in the caucus state of Iowa where the two are effectively tied for the lead.

The changing dynamic has fueled new tensions in the race, with Trump now openly questioning whether Cruz’ Canadian birth complicates his eligibility to run.