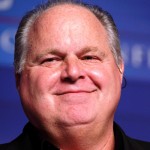 When I arrived in New York City 28 years ago to begin my national radio program, my objective was to have the most-listened-to show in the country. At that time, the national broadcast media included three television networks and CNN. That was it. There were 125 radio stations doing talk radio, and I started on 56 of them. No one had ever succeeded in syndicating a national daytime radio show, and I was predicted to fail, too.

But I didn’t. What was different about my show was that I was the only conservative voice in national broadcast media. I was it — just as National Review was the only major conservative magazine being published and read.

I traveled 45 weekends each year for the first two years of my show to solidify my radio-affiliate relationships. Think Donald Trump’s stump appearances, 45 weekends a year in cities all across America. Crowds ranged from 2,500 to 10,000 or more. I made fun of liberals, espoused and explained conservatism, and promoted traditional American values. And audiences ate it up; they had been starved for it.

In 1991, my substitute hosts were offered their own national shows as other syndicators got in on the action. Local-radio stations all over the country switched format to talk and hired conservative hosts.

So this has not been an AM-radio revolution exclusively; it has been a conservative-media revolution. And perhaps its greatest consequence has been the destruction of the Left’s national-media monopoly.

#share#Here are a few highlights:

In 1990, one of my dreams came true. William F. Buckley Jr. invited me to his home to attend an editors’ dinner, befriended me, and remained my friend until his death. I loved WFB, and his friendship and support sustain me to this day.

In 1993, while aboard Air Force One, President Clinton called my St. Louis affiliate, KMOX, to complain that I had three hours each day on the radio and that there was no truth-detector responding to me.

Also in 1993, Clinton, at the White House Correspondents’ Dinner, called me a racist for the way I had criticized John Conyers’s attack on Janet Reno in a congressional hearing about the FBI’s raid of the Branch Davidian compound in Waco, Texas. “Rush only defended her because she was being attacked by a black guy,” Clinton said. The room reacted with stunned silence. I have not bothered to attend the dinner since.

In 1994, Republicans won the House of Representatives for the first time in 40 years. I was made an honorary member of the GOP freshman class and was asked to speak at its orientation. I warned them that the media were not happy, would not treat them as victors, and would do their best to secure Republican defeat in 1996.

In 1995, Clinton, in a national address, tried to blame me for the Oklahoma City bombing. He spoke of “loud, angry voices in America,” a remark that was widely interpreted as a reference to me. The White House later made the incredible claim that Clinton had been talking about Michigan Militia shortwave-radio communications.

In 2007, Senate majority leader Harry Reid asked that my syndicator, Clear Channel, make me apologize for calling a phony soldier a phony soldier. Mark May, the CEO of Clear Channel, bravely let me have Reid’s letter, and I auctioned it on eBay as proof of a United States senator’s attempt to bully a private citizen for exercising his freedom of speech. I promised to match the purchase price of the letter and donate the total to the Marine Corps Law Enforcement Fund. The price ended up being an unbelievable $2.1 million dollars, so the total donation was $4.2 million. Thank you, Dingy Harry.

On January 16, 2009, the Wall Street Journal asked me to write 400 words on my hopes for the Obama presidency. I told them I needed only four: “I hope he fails.” A firestorm erupted, even among my friends. I stood by my words, proudly. It’s too bad they didn’t come true.

In 2009, at his first meeting at the White House with congressional leaders, President Obama told House speaker John Boehner and the Republican congressional leadership that they should “stop listening to Rush Limbaugh,” since “that’s not how things get done in Washington.” I met with Boehner in my office in Florida a couple of weeks later. He confirmed the president’s statement and remarked, “We have no idea why he said that to us.” I said to him, “John, he wanted just one of you to leave that meeting, go to the microphones, and denounce me.”

And there is much more. Its consequences are unmistakable. I firmly believe that the conservative-media revolution has caused the liberal media to abandon any pretense of objectivity and fairness and actively advocate on the Left’s behalf. This has led in turn to the hyper-partisan nature of our politics today. When Republicans were perennial losers and happy about it, the media could stay hidden behind their wall of phony objectivity. But they were called out. Now there is a fierce competition for the hearts and minds of the American people, which the Left used to believe it owned.

So it is not I, nor anyone else in conservatism, who is to blame for the partisanship in Washington. That is on the Democrats and the Left, for trying to destroy the traditions and institutions that have defined this country. We stand in defense of this great nation, and we always will. And we look forward to the Republican party’s someday joining us.

Mr. Limbaugh hosts the most-listened-to radio talk show in America, airing on more than 600 stations. This article originally appeared in the November 19, 2015, issue of National Review.

Leave a Reply to don't get it Cancel reply