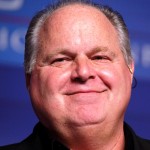 Radio hosts Rush Limbaugh and Mark Levin have long praised Donald Trump and his presidential campaign, refusing to criticize him even as he made inflammatory comments about other Republicans and policy ideas.

But on Monday both talkers seemingly found the one sacred cow Trump could simply not attack: Sen. Ted Cruz.

Andrew Kirell reports for the Daily Beast that appearing on Fox News Sunday this weekend, Trump said of the Texan senator who has made it a campaign agenda to avoid criticizing the frontrunner: “I don’t think he has the right temperament. I don’t think he’s got the right judgment. You look at the way he’s dealt with the Senate where he goes in there like a… You know, frankly, like a little bit of a maniac. You’re never gonna get things done that way.”

In response, Limbaugh called the remarks a “blunder,” and suggested the Cruz-bashing will hurt Trump in the polls. “A genuine conservative, even in the Republican field, would not go after Cruz this way,” Limbaugh said. “So that just raised a red flag for me.”

Similarly, Levin said that calling Cruz a “maniac” means Trump is “lurching left” and “defending the GOP ruling class.” And on his syndicated radio show, Levin added, “I think my friend Donald Trump really screwed up this time. Big time.”