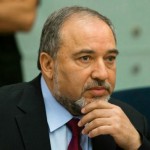 After Hamas renewed its rocket fire on Israel and talks in Cairo over a framework for a ceasefire were put on hold, Foreign Minister Avigdor Lieberman said Wednesday that Israel must avoid being dragged by Hamas into a “war of attrition” in the Gaza Strip. In a Facebook post, he called on Israel to overwhelm Hamas.

Lieberman said the latest ceasefire framework, which didn’t lay the groundwork for a peace deal and included no guarantees for “an unequivocal commitment by the Palestinians to keep the peace now and for all eternity,” set up Israel for a disadvantageous “war of attrition.”

Liberman criticized his own government for playing into Hamas’s hands by allowing it to set the pace of the clashes.

“I hope everyone has realized by now that the policy of ‘quiet met with quiet’ means that Hamas is the instigating party and the one to decide when, where, and how much it fires on the people of Israel, while we content ourselves only with retaliation – which, strong though it may be, is still just a reaction.”

He said Hamas not only controlled the severity of the clashes, but also the “timing that is most convenient for it to disrupt the lives of Israeli civilians in general and residents of southern Israel in particular.”

He warned, “It happened yesterday, it’s happening today and it could happen again on September 1 [when school starts] and on the eve of Rosh Hashanah,”