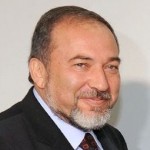 The current government of Prime Minister Benjamin Netanyahu is trying to evade its responsibility for protecting Israelis from terrorism and is using a hot-button topic to distract from the issue, Yisrael Beytenu leader Avigdor Liberman said Thursday.

Speaking to Army Radio, Liberman said that the government was focusing on legislation to shut businesses operating on Shabbos, which is being pushed by Likud MK Miki Zohar, in order to divert the public’s scrutiny of Netanyahu’s security policies.

“The government’s job is, first of all, to provide security to its citizens,” said Liberman, a former foreign minister. “This government is doing everything it can so as not to fight terrorism and to get out of doing so. I can’t believe that they told us that more people die in traffic accidents than in terrorist acts.”

Liberman was referring to statements on Monday by Education Minister Naftali Bennett and Public Security Minister Gilad Erdan, reportedly taken from a fact sheet distributed by the Prime Minister’s Office, attempting to calm the public by saying that the number of deaths from traffic accidents was much higher than the number of fatalities in terrorist attacks.

A vote on the so-called Shabbos Law was postponed by Netanyahu on Wednesday, after some coalition members said they would oppose the bill should it be brought up for a vote. The law would mandate that all businesses in Israel be closed on Shabbos, with substantial fines for those who violate the law.

Liberman, a former partner to Netanyahu who sat in two of the prime minister’s governments, refused to join the coalition after last March’s elections, citing his objections to deals signed with other partners.