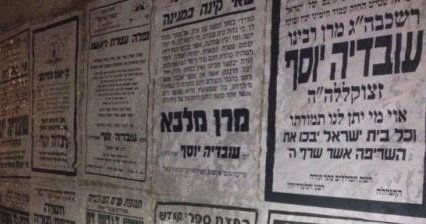 Hundreds of thousands of people converged on Yerushalayim to mourn the petirah of Chacham Ovadia Yosef tonight, with crowd estimates as high as 800,000 and possibly close to 1 million.

Over 200 people were treated by Magen David Adom and United Hatzolah as the levaya made its way from Yeshiva Porat Yosef in Geulah to the Snahedira Bais Hachim.

Eight people were hospitalized with crowd-related injuries and one woman went into labor.

Estimates for the crowd at the levaya were placed at 500,000 at the beginning of the evening and rose to at least 800,000 by the time of the kevurah.

Chareidi media in Israel put attendance at 1 million. One police source said that 850,000 is a more accurate number.