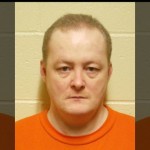 Police have cracked a 23 year-old cold case murder thanks, in part, to a Lego. Unified Police announced an aggravated murder charge filed against John Sansing in the 1991 murder of 78-year-old Lucille Johnson.

Sansing is currently on death row in an Arizona prison for a 1998 murder.

“When you hear the details of this particular case, you will see that this individual is barely human,” Salt Lake County Sheriff Jim Winder said at a news conference Thursday.

Johnson was beaten to death inside her Holladay home in 1991. At the time, police recovered some Legos. Winder said it was an unimportant detail at the time, but now has become a central piece of evidence in the case against Sansing.

“While in that home, it is clear Mr. Sansing bludgeoned Lucille to death, leaving his 5-year-old apparently in the living room to play with Legos. On those Legos were the fingerprints of Mr. Sansing’s juvenile son.”

Johnson’s daughter, Shirley England, told FOX 13 she believes Sansing used his son to get into her mother’s home. She does not believe her mother knew him at all.

“He had a child with him. He probably had some kind of story, I’m just speculating,” she said.

UPD detectives said Sansing’s wife recently admitted her husband had told her he killed an elderly woman in Holladay around the time of the murder. Police said they had questioned Sansing and his family.