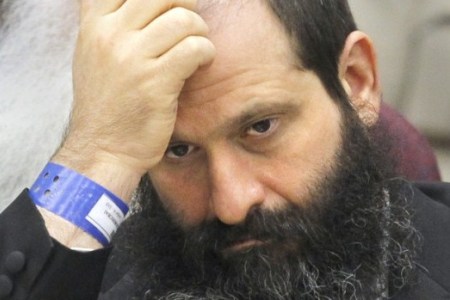 Lawyers for the former vice president of Agriprocessors says prosecutors tried to sell the kosher meatpacking operation short after it went into bankruptcy following the 2008 immigration raid.

Attorney Paul H Rosenberg of Des Moines, who is representing Rubashkin, argued the U.S. Attorneys Office hampered the sale of Agriprocessors, causing operation to go for less that what it was worth.

The lower sale price was then used against Rubashkin during his sentencing as court officials tallied up economic losses from his scheme, Rosenburg argued in court records.

Some 389 immigrant workers were detained on immigration charges during the May 2008 raid, and Rubashkin was brought up on fraud charges, alleging he misled lenders about the company’s financial status.

The company went into bankruptcy and was later sold for $8.5 million to SHF Industries, remaining open as Agri Star.

“Industry standard methods of estimating liquidation value of a company show that the reasonably expected liquidation valued of Agriprocessors, absent government interference with the bankruptcy sale, would have been tens of millions of dollars higher,” Rosenberg said in court records, arguing for a new sentencing hearing.

He said officials with the U.S. Attorney’s Office told the bankruptcy trustee that the company was worthless and anything of value would be forfeited as part of Rubashkin’s criminal trial. They also allegedly scared off bidders by warning them that members of the Rubashkin family couldn’t be involved.

“The No-Rubashkin edict, coupled with the threat of forfeiture, deterred interested buyers, including one who had initially planned to offer $40 million, from ultimately bidding,” Rosenberg said. One potential bidder said excluding family members from management at the plant made it difficult to propose a management team that would have passed muster with investors, court records state.

Rosenberg said the government failed to tell the defense about the U.S. Attorney’s Office’s alleged intervention in the sale.

The appeal also claimed prosecutors didn’t provide the defense with exculpatory evidence from witnesses who said Rubashkin’s transferring of money between different accounts was routine cash management and not a sign of fraud.