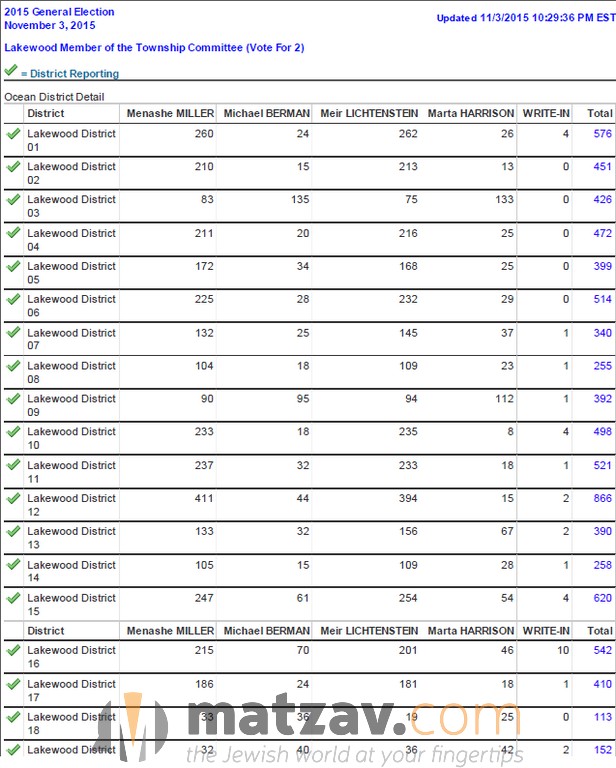 Lakewood, NJ, residents voted in the incumbents at the ballot box on Tuesday, choosing a variety of local and county-level officials.

Three seats were up for grabs on the Lakewood School District’s Board of Education, with four declared candidates. Hillel Brull, David Jacobovitch and Heriberto Rodriguez won three-year terms.

In this off-year election, the only statewide contest was for General Assembly, as Sean Kean and David Rible, both Republican incumbents, faced off against their Democratic challengers, Jim Keady and Lorna Phillipson, for a new two-year term, with Rible and Kean emerging victorious.

The Ocean County Clerk’s Office is responsible for overseeing elections in the district, and the clerk was up for reelection. Republican Scott Colabella won another five years on the job, beating Democrat Kieran Pillion Jr., a lawyer and Island Heights councilman.

Longtime incumbents John Bartlett and Gerry Little defended their seats on the board of Ocean County Freeholders, beating Jimmy Esposito and Christopher Leitner.

See the chart above for district by district results.