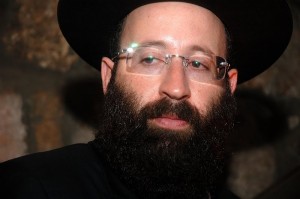 Following dramatic drop in number of visitors since start of recent wave of Palestinian terror, the rov of the Kosel, Rav Shmuel Rabinovitch, is urging Yidden to resume davening at the Kosel.

Speaking to Yediot this week, almost a month since the start of the current wave of terror, the rov of the Kosel and the mekomos hakedoshim described “an extremely dramatic drop” in the number of visitors to the Kosel and called on the Jewish public not to be afraid and not to “reward terror.”

“The Kosel is a place visited by hundreds of thousands of people every month,” Rav Rabinovitch said. “Some 11 million people arrive at the site every year. Naturally, because of the situation, people are not coming here as much.”

He noted that “this past Shabbos was slightly better than the previous Shabbos, but this is not the number of mispallelim we are used to.”

He added that at the start of the wave of terror, the number of Kosel visitors had dropped compared to previous incidents of terror, but had slightly improved later on. He noted, however, that “the Kosel was never completely deserted” and called on the public to return to the site and not to be afraid.

“The roads are protected,” he assured. “One can arrive through Shaar Yaafo and through the Jewish Quarter. There isn’t a shred of friction there with the Arab population. In general, the Old City is full of security.

“I believe that during this period it is our duty to visit the Kosel, hold the planned bar mitzvahs and daven to Hakadosh Boruch Hu. Let’s be strong and avoid giving terror a prize.” Yediot